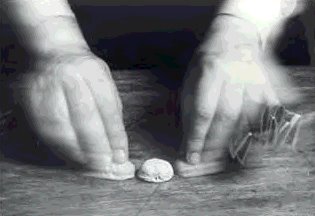 Everyone should know that stock splits shouldn'’t affect the aggregate value of the firm. Observant readers will note the conditional tense of the prior sentence. Yet, for some investors in Japan, it appears that 1 divided-by 10 often equals 2, or 5, or something in between. At least temporarily. If you think this is ludicrous, persevere with the following anecdote.

In the more sober past, the Japanese stock markets (my area of minor expertise by legacy more than conscious choice) had quite severe listing requirements. This form of financial puritanism obliged companies desirous of a listing to sport reasonably proven operating histories, and minimum revenue criteria as well as consecutive years of positive earnings (and not pro-forma ones I might add!). Then came "the bubble", which brought with it the exchange-equivalent of the leisure suit (NASDAQ-Japan, Mothers market etc.) who set about aggressively trying to encourage new listings and generate turnover presumably for profit, and perhaps as a welcome diversion from "Pachilsot" or the ponies. The ticket to capturing punters' fascination was to focus on smaller growth companies (that typically had sparse if not dubious operating histories), to support the visions of riches that would - fingers crossed - result from the stellar growth expected to materialize at any moment. To protect “the little guy” (or housewife as the case maybe, since “she” is often the punter of the family), authorities required such companies to list with extremely high nominal share prices (~YEN 500,000 or more), presumably in order in order to deter speculative buying by people who couldn'’t afford speculative losses.

As time progressed and operating histories emerged, the companies would be allowed to split their shares reflecting the seasoned trading and a maturity of the company’'s shares. The result was that most such enterprises were brought to market sporting Lilliputian floats and it must be said, limited appeal, outside of the most die-hard opportunistic operators who understood the possibilities inherent in a listed company with a small float, and small cap in combination with a large wallet. It should be noted herre that few sober mainstream British portfolio investors were present at this party. I would like to think this is because of their keen appreciation for the time value of money, though I must admit that it might be because few can say "No!" to the drink.

To understand where this is going, one must briefly detour to a related anomaly in the land of the rising sun: book entry form of ownership. This is relatively new in Japan, a place where tradition fights long and hard to the death. Before the JASDEC electronic clearing system, a dedicated army of chainsmoking men on bicycles would ferry around share certificates between the exchange and brokerage firm back-offices. Such a quaint arrangement insured the continued useful (and harmonious) employment situation of these delivery men. It also was one of the reasons that stockholders experienced long delays in obtaining newly issued shares following corporate actions. Though antiquated, the system worked sufficiently well until a big scandal in the early 1990s caused a crisis of confidence when one such courier absconded with a cycle basket full of shares of the venerable sock-maker, Fukusuke Co. Ltd. (TSE Code #3584) which ultimately found their way into circulation relieving an enormous short squeeze that had taken their shares from less than YEN1000 to more than YEN5000 in a very short time .

These seemingly unrelated concepts (splits, an incomplete synopsis of listing requirements & some fascinating settlement details) are highly relevant because they have resulted in the serendipitous happenstance of what is typically a 10-week purgatory between the ex-dividend (or ex-split date) and when the dividends or new "when-issued" split shares are, in fact, dispatched by the company and received by the shareholder (or custodian). In a normal fractional split (e.g."1 for 10"), this is of little consequence since only 9.1% of shares are "off of the market", waiting to be delivered. But some Buccaneers quickly figured out that there was some serious swashbuckling to be done when the split ratios were more meaningful. In the more extreme example (e.g. a 10-for-1 fracture of a stock priced at Y1,000,000), this meant that only 10% of an already-small float was in the vault and available for delivery in the ten or so weeks following the ex-date. This of course meant that anyone could ramp the shares when they'd gone "ex-split" with little worry of encountering short sales (or long sales for that matter) since virtually no one was in physical possession of the existing stock, and the WI-certs were NOT fungible to make delivery against the existing line of stock.

To the whimsical, the criminal, the devious trader or portfolio manager with a reasonable pre-split position, this could create a highly efficient "portfolio performance option" that requires little additional money to move an ex-split stock price 100%, 200%, or even 300%++.!! This, seemingly did not escape the notice of Fidelity (see 4714 JP Equity GPC W in 2004) who, one might speculate, might have inadvertently exploited the situation to their [temporary] performance advantage. As with most fads, the result has been that almost every brokerage firm now publishes a "“Stock Split Watch List"” that tries to forecast the most likely split candidates. And confounding efficient market theorists (but not practitioners of Game Theory), the strategy performance of buying the basket of likely candidates from split announcement date to ex-date has been - in one simple word - excessive.

So what should one do? First, if you are an allocator, and you allocate investments to Japan, you should ask your hedge fund manager (or your Japanese institutional investment manager) if they "play" these games (since they are doing so at your expense). Secondly, if you enjoy watching them squirm, you might want to to ask them to put into writing, whether or not they have ever played such games in the games in the past.

As for myself, as a traditionalist who boasts a strong financial sobriety and honourable sense of making profits, I can only sit and watch in awe and wonderment at the fiduciary folly, while patiently waiting for a more ideal time and place to lay out a bit of a short...
Posted by "Cassandra" at 5:36 am

Very nice. Are the WI now a thing of the past? I've noticed two recent splits with much faster settlement - and no WI in sight (at least I could find none)

The MOF is keen that Japan NOT be seen as a financial banana republic, and so (following a year of shamelss and egregious f*#&king) they finally altered the settlement on newly issued shares effectively eliminating the "performance option" opportunity.

But the behavioural phenomenon of the unexplained excess return of stock splits between annnouncement and ex-date is IMHO likely to continue for reasons that one can only speculate about. Though I haven't run the numbers in the US, the same behaviour appears prevalent there (in my unscientific anecdotal observations at least).

My best guess at an explanation for the persistence of this is that it's 50% due to a biased sample, and 30% due to a self-fulfilling prophecy and 20% due to irrational behaviour.

The biased set aliases other factors like intermediate-term price momentum, positive expectation change, and growth, though this is conjecture. The self-fulfilling part are hedge-funds with so little in the way of original trade or strategy ideas that they have to pursue something as inane and non-sensical as stock-splits, while the last category of speculators simply don;t know any better....

Thanks for the comment grateful for any other insights or comments on other posts too!