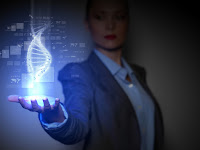 And of course, my spouse is often "right" insofar as I am quite imperfect, and (one of) the first to admit this rather human condition. For I am, at times, inattentive, inconsiderate, insolent, indolent, unthankful, unhelpful, ungrateful, unwittingly stupid (ignorant and dumb), uncommunicative, uncompassionate, unsympathetic, unconcerned what other people think of me, selfish, self-centered in addition to the bevy of other failings I cannot immediately recall but almost certainly possess.

To my credit, I am predisposed towards open-mindedness, possess a reflective streak that, more often than not, allows me to recognize (and regret and remorse) when I do something jerky. I also have a strong desire to improve, and be better tomorrow than I was yesterday. I do not always succeed, but my intention is good, and I believe my life is one of making demonstrable efforts in this general direction - both big and small.

Nonetheless, incessant criticism can be wearying, even to a principled, thick-skinned critic such as myself. Often, what makes it particularly difficult for the partner on the receiving end, is when valid criticism leaps from 'the action' and becomes personal, i.e. a complaint or critique supersedes the transgression itself. This is highly-corrosive and ultimately self-defeating for the critic IF the purpose of the criticism were well and truly about solving the specific problem.

This latter facet of an erstwhile objective issue is revealing.  Psychological literature abounds with explanations and understanding, the majority which centers on projection and avoidance. These underlying motivations do not preclude the legitimacy of any offending faults or transgressions, nor grant blanket license to the offender to ignore what may very well be serious issues. Such behavior does, however, give cause to examine the situation, and one's parochial motives, more closely. In a perfect world, this would mean introspection and self-reflection to insure, as Elvis Costello aptly put it, "one's aim is true".

When I read the persistent outbound criticisms of "Europe" emanating (mainly) from the political and journalistic right in Britain, I cannot help but sympathize with the Continentals. In these circles, Europe stands accused of being the cause of so many of Britain's ills, and the focus of such vitriol, one would be forgiven for asking what precisely is at the root of their anger. Make no mistake: "Europe" is far from perfect. They rarely miss an opportunity to miss an opportunity;  possess diverse often-clashing national identities; frequently shoot themselves in the policy foot; suffer internal squabbles that are difficult to even caricature; err on the side of consumer protection and often over-burdensome regulation, and have shoe-horned themselves into a currency union before the requisite amount of fiscal union to insure long-term stability and confidence. Anthropomorphizing them, they are guilty of these and countless other faults.

But the British penchant for Continental fault-finding is, I believe, disproportionate to Europe's so-called transgressions, and the sport, as pursued by the most enthusiastic and prolific of British Eurobaitors is, I posit, driven by projection and avoidance, in addition to the more obviously-cynical domestic political expedience.

It is far-easier and more comfortable for one to highlight other's flaws and shortcomings than it is to confront one's own problems - particularly when these flaws are close to the core of one's being. Practical, perhaps, but far from enlightening. Rather, Britain's most vociferous and persistent EU critics might do well to focus upon Britain's poor and deteriorating public education, underinvestment in virtually every aspect of public infrastructure (pubic transport, healthcare, roads, housing, communications), galloping inequality, negligent regulation of privatized natural monopolies, pervasive racism and xenophobia, rampant NIMBYism, a crumbling increasingly fragmented internal union, erosion of and unwillingness to enshrine fundamental human rights, as well as a first-past-the-post political system increasingly incapable of aggregating and representative more fragmented interests. Europe, the EU, the Euro, have NOTHING to do with these problems. When Britain begins to truthfully and earnestly acknowledge and confront these profoundly important problems, she might find herself better-placed to offer practical substantive advice to others on their ills with an aim that is true.