Another One Bites The Dust (yet another update)


Errr ummm Professional Wrestling is starting to look good by comparison - at least it makes no pretensions to be anything other than it is. What's left?
Posted by "Cassandra" at 12:34 am 10 comments:

I will gladly admit to anyone who asks that I adore the writing of David Mitchell.  He conjures like Murakami on steroids (unashamed of being influenced by the master's technique). And like Murakami, he is a masterful and imaginative storyteller, weaving wonderful tapestries of surreal sub-plots, and creating characters with voices that must make even the most accomplished of authors jealous. I suffered mild depression finishing the last of his novels, The Thousand Autumns of Jacob de Zoete, knowing there was nothing to (immediately) follow. I've been meaning to see the screen version of Cloud Atlas, but haven't quite got around to it yet, pre-occupied as I have been with markets and The Yen.

Indeed, on the latter front, Abe must presently be feeling rather good. Speculators have (to date) done all the heavy lifting - front-runing official intervention, thereby reversing half of the de-risking puke of carry-trades that vaulted the Yen from 115 to 85 back in 2008.  It is important to note that this move is convergence upon "normal" from its lingering (and rather dumb, stupid, ludicrous - choose your adjective) divergence caused by the Yen's safe-haven masquerade.  What is normal? Licking my finger and sticking it up on the air, I would offer that 105ish would hardly offend anyone official. But who knows. What I do know is that short yen is now the most crowded trade in the world. And if you recall in 1998 and 2008,  we all (or should) know how THAT worked out for those left holding the shitbag position. That said, the bank of Japan appears committed to taking everyone out of their positions this time. Or so the thinking goes. Perhaps that is what makes it (to them) such a proverbial lay-up? Short as many Yen as you want (with no cost of carry) and no matter what, the BoJ will allow you to "redeem" your position at a profit (provided you haven't done anything stupid with the proceeds, like, for example, buying French 10-years, or Gold - the former yet to egg investors' faces. But before, as The Cleaner (Harvey Keitel's "Pulp Fiction" character), uttered to Travolta & Samuel L., "Well, let's not start s*cking each other's d!ck$ quite yet!", it is worth contemplating the unpopularity of writing very large 10-digit checks (in dollars!) to hedge funds - many of whom have no qualms themselves using WWII market-torture techniques upon sovereign governments - which will be required for the franking and banking of Speculators paper gains on their aggregate monster positions.

Commentators have been using some rather big and important phrases to describe Abenomics. "....Biggest blah blah blah in generation...", "...blah blah commitment not seen before blah blah", "will ahieve their inflation target of blah blah blah" because blah blah it's different this time blah ..." (these are conjured and not verbatim, but you undoubtedly understand the rhetoric).  To be sure a weaker yen will flatter balance sheets from the ginormous overseas investments enterprises have made during the past two decades of industrial hollowing. And currency translation will make income statements look prettier too - both for exporters and those translating external sales and earnings. This will have some virtuous feedback effects as investors raise expectations that may impact stock prices, and even encourage some further investment on tghe margins. But, after all is said and done in whatever timeframe this feedback loop takes to work its way through markets, there is, and I believe, there will remain, a decided lack of demand for money to make physical investments in Japan as the demographic determinism that is Japan's irrefutable course over the next thirty years, bears down upon the population, economy and markets. It is an event that I have no recollection of ever having been witnessed as a result of something wholly voluntary, non-environmental, non-plague, non-externally-induced and non-military related. And to me, it is fast-approaching, coming into closer view like a large and solid rampart-of-a-wall, and printing money is like pissing on the wall in some Joshua-like hope this little stream of urine will bring it down.

Which brings me back to David Mitchell. What Japan needs is NOT monetization, nor Abenomics. What Japan needs is Clonenomics, or more specifically, what Japan needs is Sonmi-451 and her brothers and sisters. Not Asimo - which consumes not - but living, breathing, Clones. Or, if technology is still wanting, or morally repugnant, at least more babies and bodies - lots and lots of little Yoshi's and Kumiko's. New consumers to replace (and support) the old. Immigrants, BTW, work too. In the absence of a concerted policy to this effect, it is difficult (for me) to imagine how QE, or monetization, or any other policy will somehow spur the desired effect is sufficient size to overcome the demographic steeple. Try as I might, it remains, in my mind, fanciful to attach too-high a probability on a profound result. What is likely is that - as before - these attempts will find themselves goosing asset prices in unexpected places until .... the next puke.

Ocassionally, an image can describe a phenomena better than words. Not often, but sometimes.... 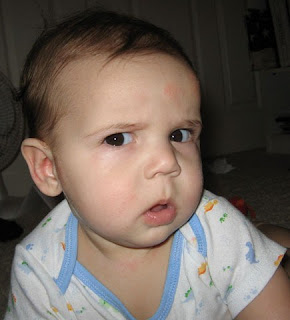