Be careful what you wish for.... 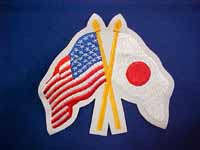 Japanese capitalism is of a distinctly different flavour than the American variety. This was initially drilled into me years ago by my Industrial Relations tutor at the LSE, and has stayed with me to this present day. But one need not be a Japan-o-phile, or a student in comparative finance or economics to appreciate the differences. Yet with the TOPIX MidCap, the TSE 2nd Section and JASDAQ indicies all at historic highs, a pertinent question arises as to whether "We are systemically converging upon them", or whether "They are systemically converging upon us"? Whatever the true answer, ,it is worth pondering the implications of such events.

If one closes one's eyes, one can conjure up images of Japanese-style Capitalism: keiretsu groupings and other business or legacy cross-shareholding relationships; long-range planning and even longer-term investment horizons; lifetime employment possibilities; promotion and pay based upon seniority; close banking relationships often cemented by part-ownership or primary creditor status; paternal responsibilities of corporations to employees during recessions and resulting good industrial relations; single-payor national healthcare; diversified constituencies of reponsibility exemplified by stockholders, workers, management, customers, government and community (not necessarily in that order of priority); negligible stock-ownership by professional managers; management by consensus; low ratio of average executive compensation in comparison to average worker salary; high priority on shop-floor capital expenditure vs. low priority on executive suite profligacy; self-deprecating and conservative managerial style; government assistance in defining the public interest for the benefit and detriment of corporations. There are of course other attributes that I've missed, but suffice to say, these are the primary ones that come to mind.

These are dramatic differences, often at the opposite end of the spectrum. And so since foreign investors have been pouring billions of dollars into Japan, it is worth speculating whether these are "pure price momentum investment flows" or whether they are directing these billions because they admire these cultural differences. Or on the other hand, perhaps because they expect these differences to narrow? Some in fact, like the carpetbagger-cum-greenmailer, Steel Partners, are vociferously demanding change to more mono-constituency (i.e. "shareholder focused) regimes". Is this reasonable and/or rational? Will they kill the proverbial golden goose in the process?

Investors should be careful what they wish for. One would be forgiven for questioning whether it is realistic for investors to expect management to selectively reward shareholders without discarding many of the other conventions and attributes that are cornerstones to the success of the Japanese enterprise and society. For instance, IF Japanese corporations go to FIFO, management and workers would rightly expect greater compensation of shouldering the adjustment risks inherent in the employment relationship. And with these risks come large annual riskless stock option grants, "gross-ups" (expensive in high-tax Japan) and other such awards that diminish cash profits dilute shareholder earnings. Higher employee turnover and less paternalism in a Japan with impending demographic implosion and 4%-unemployment means higher and more competitive wages, lower employee productivity and loyalty - all which come at a price to shareholders. And Capex, long the cornerstone of Japan's edge, would also be a victim. It would also be unreasonable Japanese managers not to emulate their American peers and not spruce up their corporate offices, putting in gymnasiums, kitchens, games rooms, not to mention the odd helicopter and Gulfstream corporate jet. But don't forget golden parachutes. All this raiding, uncertainty, and greenmailing will have repercussions upon the stress-levels of Japanese executives that can only be ameliorated with sufficiently large separation packages.

I think it would be an interesting exercise to "play dress-up" with the average Japanese company, by "Americanizing" or "Yankifying" their income statement to reflect Japan's presumed migration from multi-teated to shareholder capitalism. It may be that I exaggerate the implications. It may be that the benefits to shareholders to be had from cutting R&D expenditure, advertising expense, and capital expenditure (classic telltales of accounting conservatism) raping the workers' retirement fund and underfunding their legacy obligations (ones which haven't taken advantage of Daiko Henjo), putting the "asset pedal to the balance-sheet metal" and use every spare dollar of cash to squeeze the share float, and then use some not so spare dollars leverage it further but swapping debt for equity in order to approach a more Stern-Stewart-like capital structure....one that Mr Stern or Mr Stewart could be proud of.
Posted by "Cassandra" at 6:59 am