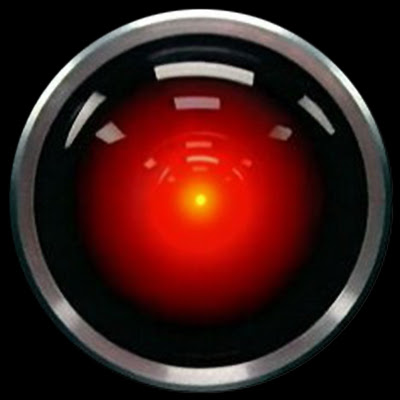 I read yesterday morning in the Japan Times that the JP Morgan settlement is thought to be a blueprint of future settlements. Some recompense to the Treasury, some putative damages to act a deterrent for the future, but a decided lack of culpability in the veritable errrr ummm culprits.

Why, pray tell, is it believed correct by a majority of lawmakers in America that "Gun's Don't Kill People - People Kill People",  yet, the same lawmakers fail to apply similar conviction (no pun intended) to the thought that "Banks Don't Commit Financial Crime - People Commit Financial Crime"?  It is quite obvious that in the truest sense, a bank cannot (yet) commit a crime, and until such time as HAL or Holly take over the reins and execution of bank trading and management, there are individuals, and responsible managers, and their Managers (upper-case "M") who, should be culpable. Yet, in 2013 America, if one pays enough, it seems the perps and perp-enablers and perp-encouragers and perp-incentivizers can walk free.

The question as to "why" there exists a paradox of culpability is a rhetorical question. The answer is  rather obvious: the legislature and its lawmakers have been captured, which leads to laws and standards of convenience, rather than consistent logic. In the game of political rock-paper-scissors, money trumps philosophical consistency each and every day.

While I am admittedly both curmudgeonly and, at times cantankerous, and I am known to be periodically nostalgic, none of these are behind my belief that partnerships-of-old, as compared to publicly-listed joint-stock companies, throttled behaviour in ways that were palpably superior, precisely because there was a semblance of culpability - at the very least to one's partners. And if you weren't a partner, you can be certain that the culpable partner would insure potential tumors under his remit were excised, as such a cancer would impact both his partnership and therefore his children's patrimony. I am of course, using this as an example, and I am not suggesting banks return to a partnership model. But it is important to question precisely what message is being sent by the decided lack of personal culpability, directly, by line managers, and their senior managers. Yes, their Senior Managers. In most areas of the law (it has been pointed out to me on more than one compliance-related occasion)  ignorance is no excuse.

So "Pay Away" your sins, while a palliative to the Treasury, is no cure. Only the bona-fide prospect of sharing a cell with a father-raper, near-total asset seizures vs. to most individuals what now appears to be eventual repayment of an interest-free loan (if caught) and a possibly blot on one's employment record (which BTW others less pure-minded may see as a virtue). In practice, this must mean more than  selling out a few of your subordinates to take the rap, and make it go away. Like cancer, if you don't get it all, it will return, metastasize, and kill the host. And to be clear: WE are the host.

I'm just waiting to see when some fund and its manager will get fined for buying a moronic yet well-disclosed derivative.

We are in the age of theater. Congress closes the government as a form of drama. The DOJ, NY AG, and whatever other aspiring elected officials who inhabit the prosecutors offices in the US need scalps to show that they have done SOMETHING.

Since you cannot penalize Bear and Countrywide as they have ceased to exist, do whatever it takes to create the theater that the bad guys are being dealt with. I recall the Countrywide calls, where Mozillo was very open about how bad some of the paper was, stating that he would never portfolio that set of mortgages that Countrywide "underwrote", but there was great market demand from investors because house prices never go down, so he made the loans and sold them on to the yield hogs.

Never mind that a global financial crisis affected EVERYONE, and was very largely caused by yield hogs buying crap to get a marginally higher yield. Never mind that the guys who helped save the tottering system, in concert with the government, were the lesser offenders.

What is now important is to follow the latest "idea" of Nouriel Roubini- that big is bad. Make big banks antifragile by making them smaller, so too big to fail becomes a non-issue. Make the big banks PAY at every turn to encourage their breakup, despite the fact that the same government made them bigger via forced mergers.

Older people remember Penn Square and the Texas S&L crisis, third world debt, Mexico, and the events of default that occur with regularity over time because bankers and investors- big and small- are simply lemmings.

So we are now treated to this most recent Kabuki show, where the choreography never changes. Nobody can change human nature, or bankers, or politicians.

Anyone with any experience in the hierarchy of powers in large organizations knows that the premise of management is "we are the responsible ones". The reality of this, of course, is that loyalty (to the next level) is first (perhaps mixed with ruthlessness, greed, etc.). They are selected for their ability (desire?) to do what they are told. That is their understanding of responsibility.

But the privatized federal prison system is overflowing with "drug offenders", who are profitable for companies like Corrections Corp. of America. So there's no room for unprofitable real offenders. Priorities!

So when do the homebuyers who lied on their mortgage application about their income, job, assets, and liens do the perp walk? I haven't seen many