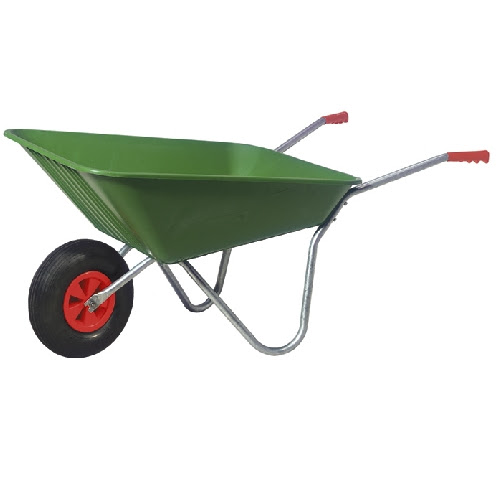 To be sure, there is much derision being directed towards QE, in general and QE3 in particular. Permabearish writer-strategist-entertainers Faber & Edwards use such hyperbolic language as "The Fed Will Destroy The World", a soundbyte made for and lapped up by the ZeroHedge faithful frightened that QE is a conspiracy that is about to cause hyperinflation. Others are more measured and eloquent, but no less critical.

So it comes as some surprise that the eminent Johns Hopkins economist, advisor to TheGoldStandardNow.Org, and renowned specialist in Global Hyperinflation(s) Professor Steve Hanke, in an interview with Massar & McKee over at Bloomberg not only completely dismissed the idea that hyperinflation (or Hyperinflation) is lurking around the corner or ready to pop-up its head like a angry gopher, but explained that contrary to the popular belief that an excess of money is resulting from all the QE exercises - the alleged money that has caused paranoid chicken-littles to make a beeline to Home Depot and purchase a wheelbarrow for imminent use - Dr Hanke suggests that there is not enough money, and that it's this shortfall (not its price) which is holding back the growth of the economy.

Hanke's argument rests upon the fact while the Fed's balance sheet has indeed grown this "State Money" (as he terms it) is a small fraction of the overall money supply - which he terms Private Money, conjured privately by financial institutions, it has grown much less than the overall money supply has shrunk. So not only does Dr Hanke NOT fear hyperinflation, he believes the balance of risk remains DEFLATION, and that under the circumstances the Fed is not doing enough.

Now, it is important to understand that he is NOT a Krugmanerian. Or a SimonJohnsonian. Hanke believes the problem is regulation - both Dodd-Frank Basel III, the combination of which is causing banks not NOT to increase their balance sheets (depsite the excess of reserves) but to continue to Shrink their balance sheets. So he would very much prefer rollback of these to QE which is a far cry from liking QE. But he is pragmatic in ackowledging that under the circumstances of deleveraging, the Fed - far from causing inflation - is just barely keeping things from deflating, view not dissimilar to Richard Koo's interpretation. So in a nutshell, remove the chastity belts from the banks, and growth (and employment) will return.

Personally I am sympathetic towards the view that QE(eze) is a tempest in a teapot and will prove to have little to no inflationary impact so long as broad money is shrinking. And I also think there is potential merit in delaying Basel III should this be helpful to general confidence. As for the Fed's ability to exit QE if authorities make a U-Turn and follow his advice, he is less sanguine - a fear I do contemplate when trying to estimate how many phone-calls it would take to offload 4 or 5 Trillion dollars in longer-duration Treasury or MBS securities. For sound-money lovers, fiscal conservatives, Ron Paul or Paul Ryan or any inflation-phobist, however, it is worthwhile to listen to a rational view contrary to their own by on of their own.
Posted by "Cassandra" at 4:51 am

I'm just a layman in the peanut gallery but I'm not alarmed any more. Way back in the Eighties I learned about "velocity" which is rarely mentioned these days. But from where I sit, QEs and Euro bailouts are compensating for near-zero velocity. As for the so-called "debts" they remind me of that old saying that If I owe the bank ninety thousand dollars I have a problem, but if I owe the bank several million, the bank has a problem.

Velocity indeed. A tarnished discredited concept, as foolish as gold-buggery and storing money under your mattress.

If you believed in velocity, then you would want income in the hands of those most likely to spend it: poor people.