A Trader's Day At The Fun Fair

Oh to be young again: The butterflies of a first kiss, the slowness with which time seemed to crawl, and, of course, the Fun Fair! Whether it was an amusement park, a traveling carnival or a newly-found fun-fair, the squeals and shouts of unadulterated glee were the same! Though the thrill of that first kiss may be gone forever, just because we're older, doesn't mean we can't enjoy a day out at the Fair, complete the archetypical attractions below, catering especially to investment types some of whom can never quite entirely leave their work at the office....

Commodity Whirlwind
Up, down, forwards, backwards, sideways, and always leveraged - you don’t know which way you’re going!! But plan your journey carefully as there are long lines to get on, and stampedes to get off. Experience the ultimate in non-stop thrills with a wild spin on this cutting edge geared steel coaster. Let the spinsanity begin!

Mortgage Sleds
Created by WallStreet in the 80s, these custom sleds are a unique combo of advanced materials and duct tape. The ride potentially runs over 30years, reaching a height of 130 (pct of par), with some of its cars having a top speed of -25bps-a-minute. With its runaway thrills and quirky convexity curves, Mortgage sleds have long been a favorite of those reaching for higher-yielding thrills.

Bear Trax
This junior coaster reaches an awesome height before achieving a phenomenal drop speed of 50pips/second. The climb is a typical long slow grind up before dropping precipitiously. These are followed by subsequent short and steep Bear Trax bounces and further fierce drops, so make sure you hold on to your seats! The Bear Trax is fast but fun, so both you and your little hedgies will want to ride again and again.

The Oil Train
Take a seat and catch a relaxing one-way ride on our scenic Petroleum Railroad. Cross over a faux desert resembling Saudi's great Ghawar field, then loop around close to a mock-ups of towering GOM platforms. Then it's back to the station through a tunnel constructed from a real section of the Alaskan Pipeline.

Shanghai Yo Yo
It's up, up, up and away as you soar through the clouds having screaming fun that grows with breakneck speed! And don't forget to check out the breathtaking view of globalization from up high before the gravity of inflation and unsustainable government policies brings you back down to earth.

PE Carousel
Take a ride on the original. Experience the circular thrill of the bid tussle, leaving the public markets, going private, extracting fees, raiding the pension fund, leveraging-up, slashing R&D & capex, busting debt covenants, default, chapter-11, investor apologies, before creditors deliver you back to the public market! Go for a whirl and see why it's memory-maker for all ages.

Carry-Trade Bumper Cars
Get behind the wheel, go for a spin and get ready to bump your buddy out of his position. No driver's license (or brains) required, since these cars have built in stops. One-way only to go — and please, for our Hedge Fund bumper maniacs, no head-ons (when levered).

When 1x is simply not enough, this 2x-thriller will deliver everything the leveraged thrill-seeker desires. Set sail for the skies, but hold on to your hats. Not for the faint-hearted, this action packed swinger will have your stomach (and P&L) doing flip-flops!

Short-Duration Music Express
Don't be deceived that you are not thrown into the air, or suspended on strings by centripital force. The Short-Duration Express looks gentle and safe, but when people fly to safety, this ride really gets cooking! Most stay only for a short while but until then, whiplash remains a distinct possibility on his deceptively fun ride.

Short-Vol Log Flume
Get paid to have fun?? You bet! You'll be white-knuckled until expiration as you race over undulating short-gamma rapids before (hopefully) dropping down one of the steepest log flume vol curves in the country. It's a ride you, your butterflies and your risk-managers won't EVER forget. 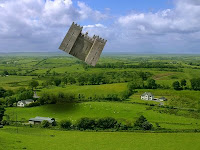 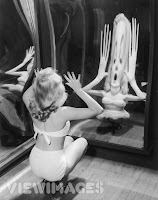 SIV Funhouse of Mirrors
Make yourself bigger, taller, and your balance sheet smaller more profitable! Hide those embarrassingly low capital-ratios and hard-to-value securities by removing blemishes from your balance sheet in the wacky tacky SIV House of Mirrors! Endless laughs and surprises as you change shape, create scary monsters, or just watch your capital disappear into infinity. See if you can find the real values! Great fun for the whole family!

Risky-Asset Panoply Screaming Eagle
Don't pussy-foot along the ridge-line between inflation and deflation. Get on board the Risky-asset Panoply and fly like an eagle as you soar seventy feet in the air. Feel the strength, power and superiority over those NOT long while riding the strongest wave in the world. Be thrilled by the lurches forward, and backwards and even be suspended upside down. You won't want to miss it — or maybe you do?
Posted by "Cassandra" at 4:45 am